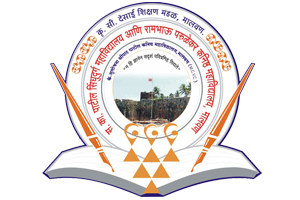 K.S.D.S Mandal is one of the oldest education organisations of Malvan and has done poineering work in the field of education for weaker sections of the society. Looking 100 years back, the society started with the humble beginning with a Kanyashala for women in a single room with greater hardship, pain and an aim to spread education amongst the economically backward people. Today K.S.D.S Mandal is serving education facilities to more than 2000 students through institutions.

K.S.D.S Mandal has made great progress in the field of economics, sports and extra curricular activities. Infrastructure with beautiful building, well equipped science laboratories, libraries, computer labs, etc. has provided the students a good platform for their educational needs.

K.S.D.S. Mandal, not forgetting its social responsibilities‌, always strive to help its country and the citizens by actively taking parts in social works by various means such as Tree plantation, Distribution of books, and Uniforms to poor and needy students, providing free school bus facility, etc.

K.S.D.S Mandal provides moral and value education it students which enhance the personality of our students and develop self confidence, self respect, service to society and positive attitude towards life.